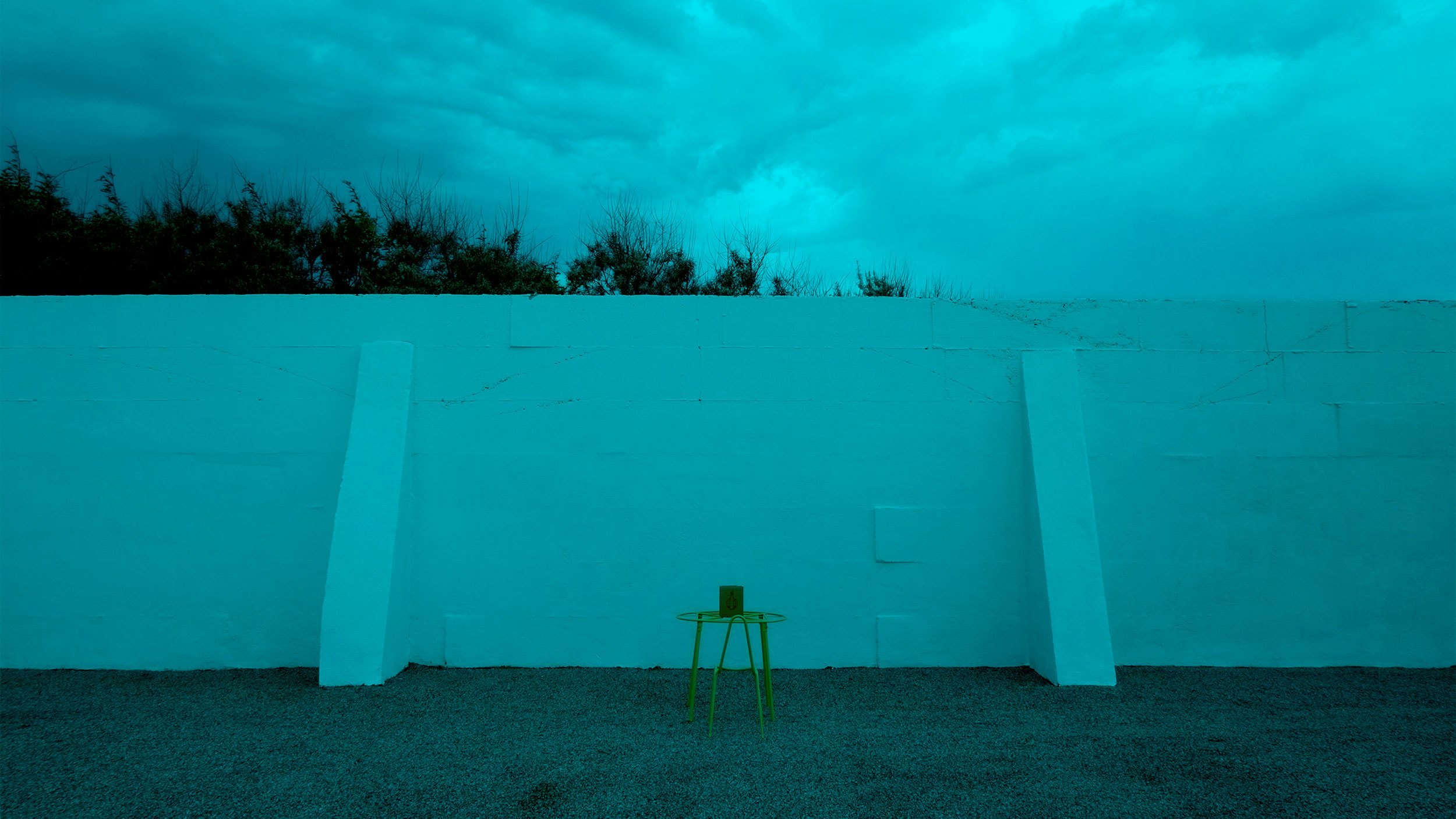 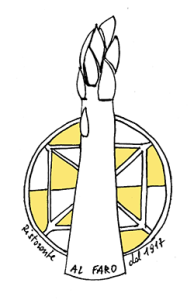 Ristorante al Faro, dal 1917 is a work that has like playground the construction of an imaginary. While seated to the only table in the restaurant, you can watching at the white wall in front of you as a screen on which you can project your own images. The participants order a dish from the menu and at the table is served a story. Who has more time to be telling stories? A real banquet, with a small surprise at the end.

A table and chair are positioned against a white boundary wall on the left side of the lighthouse courtyard.

The chair is placed in a way so that the participant faces the white wall. The menu – six transparent acetate sheets, tied together with fishing line – is laid on the table. The names of six dishes served at the Lighthouse Restaurant from 1917, with a brief reference and description written in an imaginary tale style, are printed on the menu.

The menu is reproduced in two copies: one for the performance containing only the names and one reference to the six dishes; the second copy is complete with the six stories and will be left as part of the permanent installation.

During the performance, the two artists of the art collective Panem Et Circenses wear clothes that reflect the roles of maître d’ and chef. The maître d’ invites participants to sit at the table and choose one of the six dishes on the menu.

Once they’ve made their choice, the chef moves to stand behind the participant whilst facing the white wall; whispering into the participant’s ear, he narrates the imaginary story behind the dish that is connected to real elements and objects of the place which the artists have learned about or experienced during their residency. At the end of the story, the maître d’ invites the participant to retell the story and to accept a token of appreciation in the form of food, as a symbol of the exchange.

The work originates from the observation that the hamlet of Bibione (100 km north of Venice) has developed from scratch in very recent years due to the ever-increasing demand of tourism and, therefore, does not possess a remote history concerning specific culinary traditions.

The lighthouse is the oldest anthropic element in the area, built in 1917. In a place that possesses a particularly marked tradition in tourism, the shape of the restaurant (as mentioned in the title) perfectly blends into the existing landscape. The difference lies in the fact that it is an imaginary restaurant and what is listed on the menu are tales; the images and the imagination that are activated by a surreal installation context and by the literary contribution of the artists are offered as food at the Lighthouse Restaurant.

The nutrition content in the dishes poetically offered by the artist cover these themes: the decline in the abundance of fish in the waters; the cultivation of traditional produce such as white asparagus; an appeal to conserve the natural balance of things when producing food itself; a request to protect the reciprocal relations among the species; and, finally, love for the earth as a Mother Earth, not simply as a territory for the expansion of human activity. 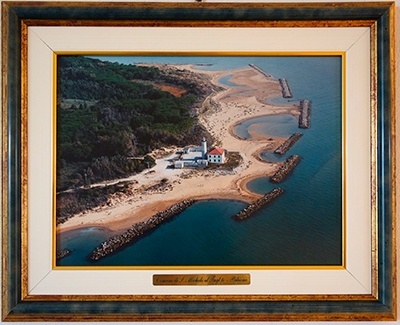 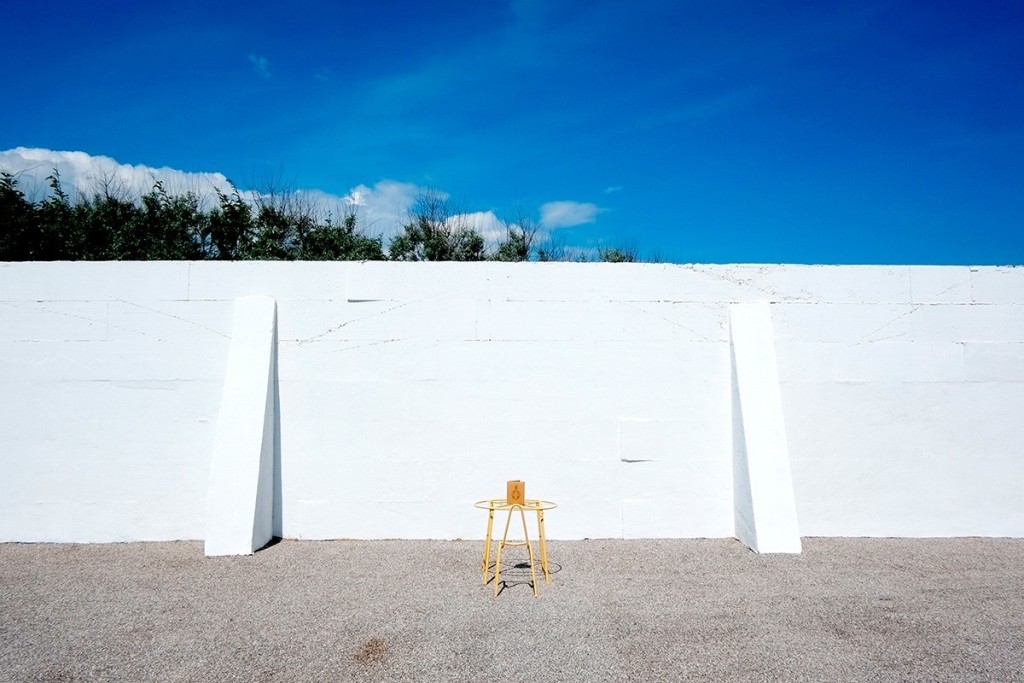 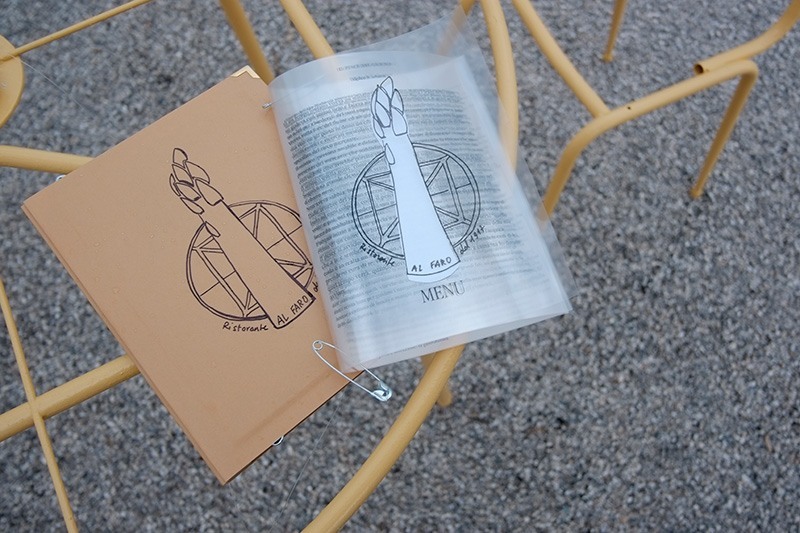 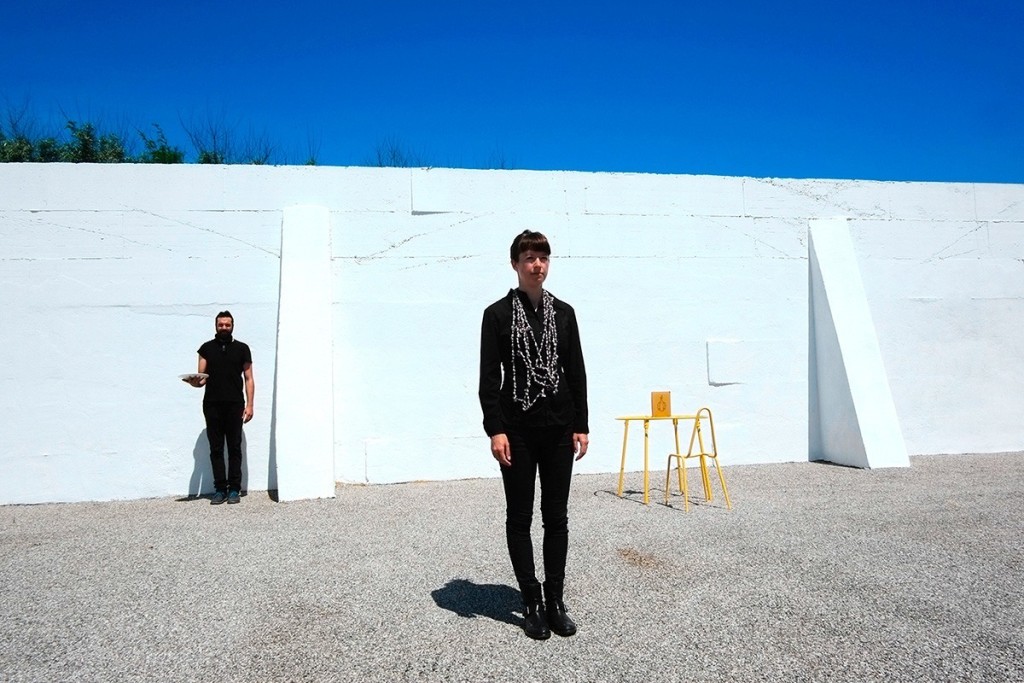 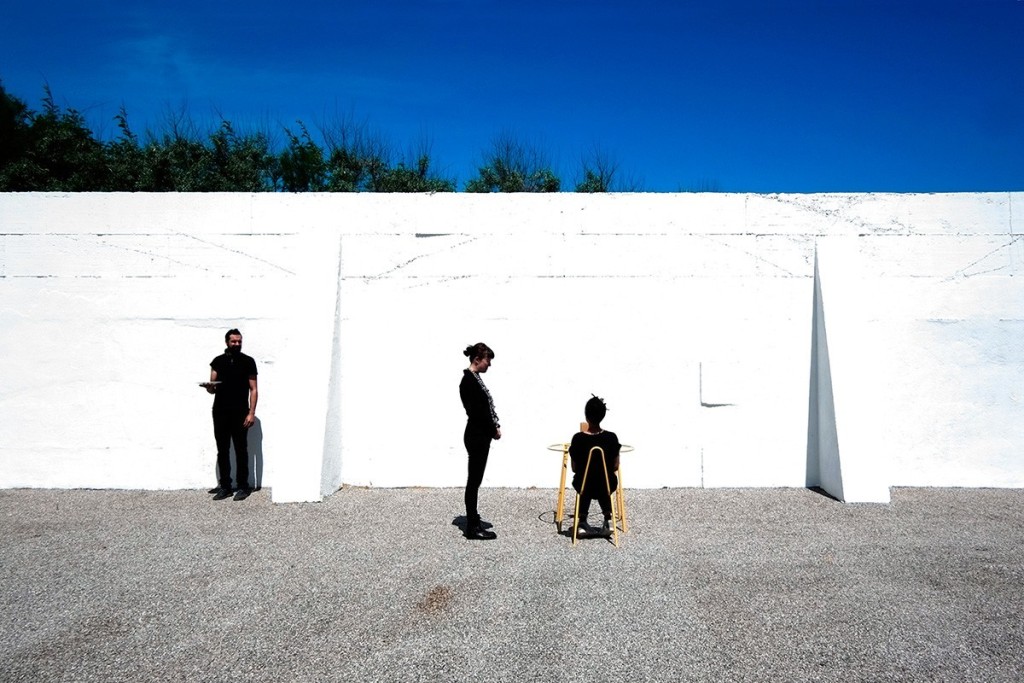 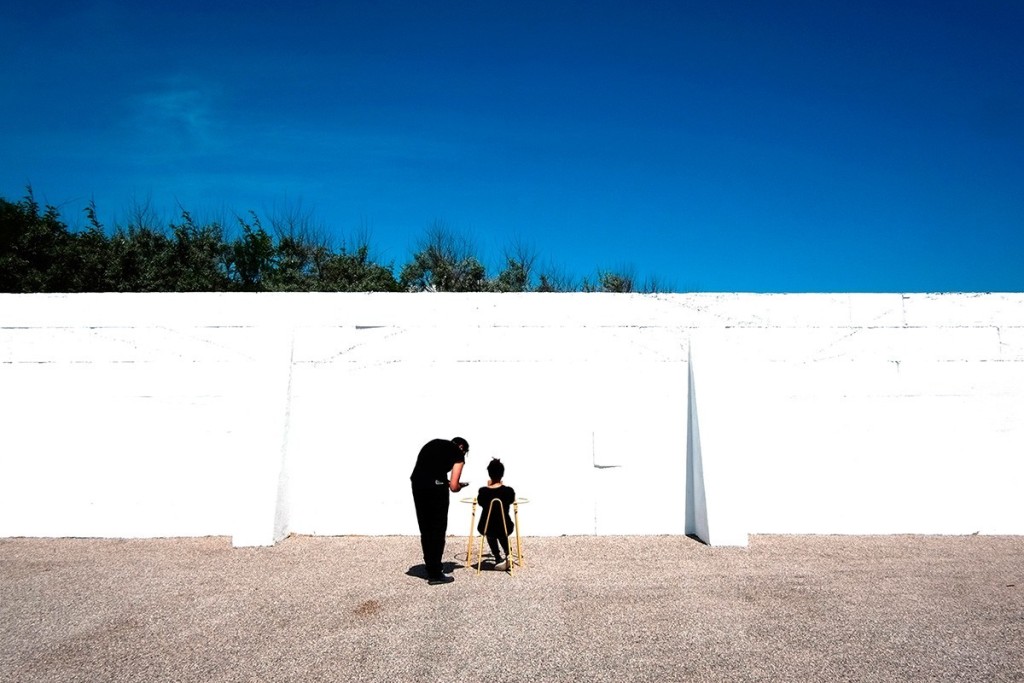 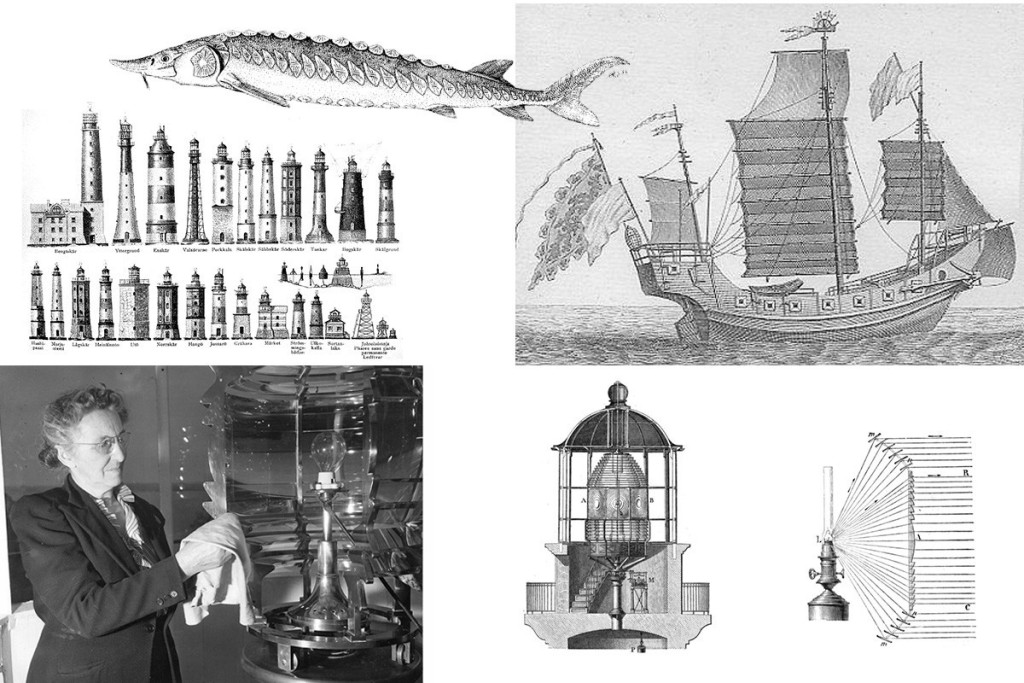 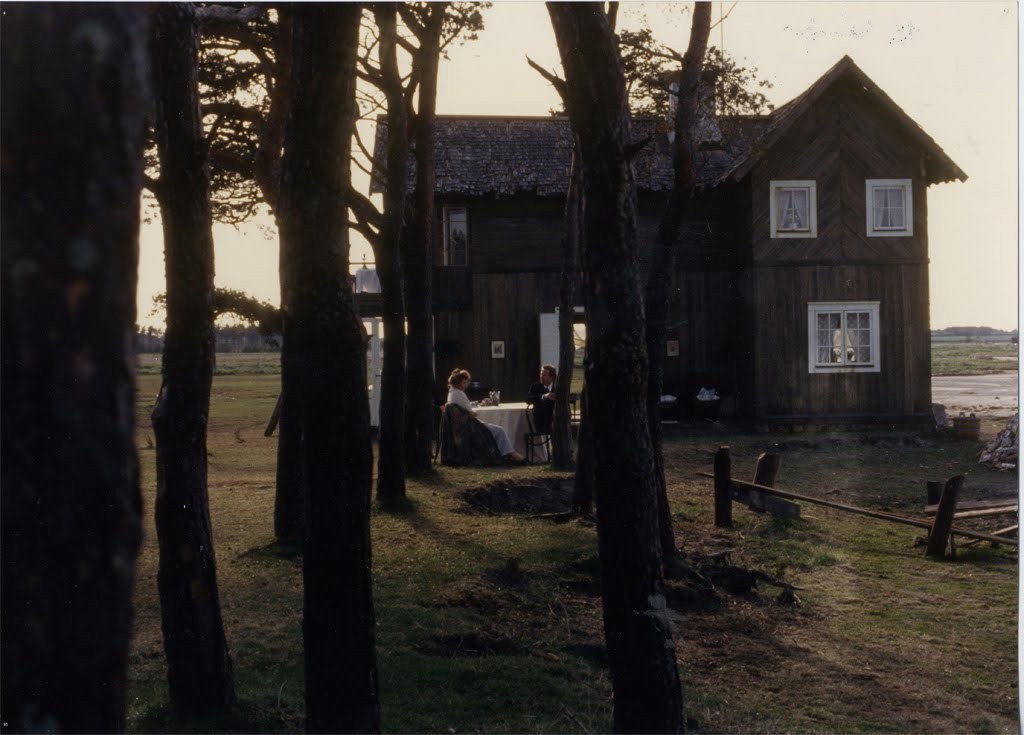